Billy update October 2019 I know it hasn’t been long since my last update, however on the 12th of October I had my last big event of the year. This was the ‘Scott’ trial which is a massive event of typically 200 riders of all abilities in north Yorkshire. The idea is you complete 76 sections over an 80 mile loop off-road, you are scored on your time and observation and the person with the lowest combined score at the end of the day is the winner. Over the trial there are 6 petrol stops where you get to stop and refuel the bike before you get going again, everyone is going as fast as they can over the 80 mile loop as the fastest man sets the ‘standard time’. For every minute you are over this time you get awarded a penalty point, this is how the time element works. Leading up to the event I had lots of people giving me tips, advice and stories from previous years. This just fired me up for it even more and got me excited for the day of the event, I had trained hard and felt I was ready for the event. I started the event relatively steady as I didn’t want to crash or get lost having never seen the course before, after a few sections I passed a few people and had a good rhythm going. Until I got a puncture! However, I quickly managed to fix it and was on my way again, this time going a little slower and taking a few less risks than I had been doing. Over the day I felt fit and good on the bike, most of the sections rode well and I was making good time, however about an hour from the end I hit the wall. Starting to feel tired and struggling to concentrate as I had been riding the bike for almost 5 hours non-stop! The end was a welcome sight and came at the right time. Once I had stopped, had a drink and something to eat I felt better and much better than what people had been describing how I’d feel. After all the scores had been worked out I eventually finished 14th position and won the best newcomer award which I was very happy with, in such a prestigious event where experience counts for a lot. It was a very tough event but I enjoyed my 5 hours 40 minutes and 2 seconds of riding around and north Yorkshire moors and will definitely be back for another bash next year! At this point I would like to say a massive thank you to all my sponsors who back me especially all at R.T.Keedwell for their continued support as without them it wouldn’t be happening. That’s it for this year, see you soon. Billy

So it’s February and yet again the time has gone by so quickly!

2019 is really exciting for me as I have joined RG Trials team! This is an amazing opportunity for me. I am riding a Montesa 4RT 300RR. A 4 stroke bike with a completely different power and riding style to my previous bikes. I really enjoyed my time with Beta. I have ridden a Beta since I was about 9 years old and achieved so much with them so this is a big change! I am really grateful for this opportunity.

I am also really pleased that RT Keedwell and my other personal sponsors will continue to support me through 2019. This all makes it so much easier for Mum and Dad to allow me to continue to compete at British and World level.

From the moment I first tried the Mont I felt comfortable on it and although it was a difficult decision to leave Beta, I feel happy with my decision and I am feeling good about the bike and the support I have from RG Montesa Trials team. Bring on 2019!

Over the winter there are no British or World Trial’s events but I have ridden a couple of local trials and there have been two South West Championship events so far this year.

December was pretty quiet trials wise. Bike practice every Saturday and Sunday when there are no events on. It’s rare to have a weekend without a local event but they are club events which are at a different level to what I need to be practising so I don’t usually ride them. I need to be challenging myself.

I miss local trials though because over the years I have made a lot of good friends through the local trials scene and now I don’t ride the local events I miss seeing them! When I go to the SW championship events I can catch up with them though and that’s always good. But there are 10 SW Championship trials throughout the year, so I don’t get to see them that much!

My first trial of the year was Round 1 of the SW Champs. This is run by West of England trials club and is always a popular event. It was at a venue called Ruby Rocks on Dartmoor. As you’d think the trial is full of massive granite rocks and the sections use these and the streams and huge muddy, rooty, banks. It’s a tough event. This would be my first event on my new bike.

Joe Baker ex British Champion and many times South West Champion is still my biggest challenge at these events. With his talent and experience I know it’s going to be tough to beat him but that is my challenge for the SW Championship events.

Ruby Rocks was not going to be where this happened though. I couple of silly mistakes on my part and another awesome ride by Joe put me behind Joe. There was one section in particular that day that I was given 2 maximum marks for. But I knew I could do it. I had cleaned it on the 1st lap but the observer gave me 5’s on the second and third laps. Anyway I went back after the trial had finished to have another go at this section. I had to prove to myself it wasn’t a fluke on the 1st lap! And guess what! I did it just fine! Frustrating to say the least! Had I got that right in the event I could have beat Joe, but that’s trials!

The next event for me was Round 2 of the SW Champs. This was at Beam Quarry and run by Torridge trials club. I was focussed for this and getting used to my new Mont so I felt good for this event. It went really well. With good sections that suited me and the Mont, I only dropped 6 marks. Joe dropped 15 so I won! I feel like I am adjusting to riding the 4 stroke and my result showed that.

Throughout all this I am studying for my A-levels at sixth form. It was half term week just recently so we arranged with RG Trials to travel to Spain to practice with some of the top riders. Some BrItish riders were also there. This was an amazing chance to practise with riders who all compete in the World Championship too. I travelled to several different Spanish training venues and rode with some great riders, learning loads and feel this has helped my riding progress loads.

It was a tiring but amazing few days, with me and Dad driving nearly 3000 miles in the van over 10 days, riding every day, doing A-level homework at night, and even doing my own washing at the end of every day to have fresh riding kit for the next day… as Mum had to work so didn’t come with us this time! J

We returned from Spain to a weekend of practice and Round 3 of the SW Championship. More about that next month… 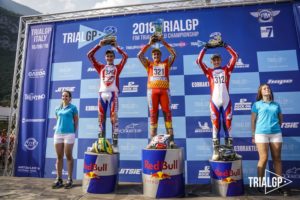 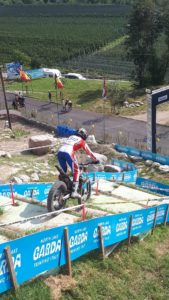 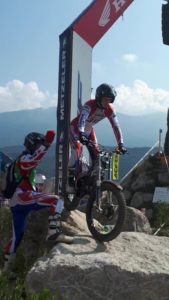 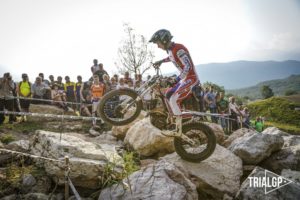 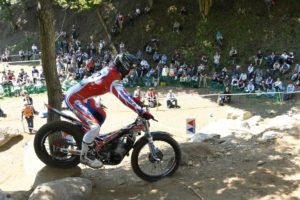 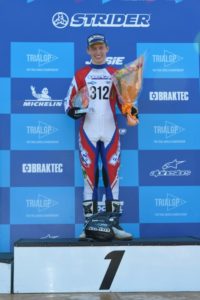 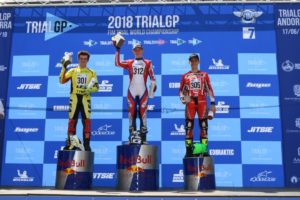 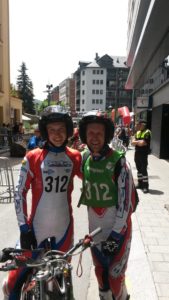